Are you thinking about living in or visiting one of the best Essex coastal towns?

If you are thinking of moving to one of Essex’s many outstanding coastal towns, this is the article for you.

Living in Essex coastal towns ensures locals are provided with some breath-taking locations.

As with all of the best coastal counties, Essex is home to some truly unique spots.

If you have decided to move to one of the best Essex coastal towns, you will surely be aware of the numerous attractions they offer.

Now that you have made the ruling to move to one of the best Essex coastal towns it is time to ask, which one?

In this article, we discuss some of the best Essex coastal towns in depth!

We aim to deliver a complete guide to some of the best seaside towns that are available.

This is THE blog for you if you are thinking of moving to any of the best Essex coastal towns!

Here are our 7 best Essex coastal towns to live or visit. 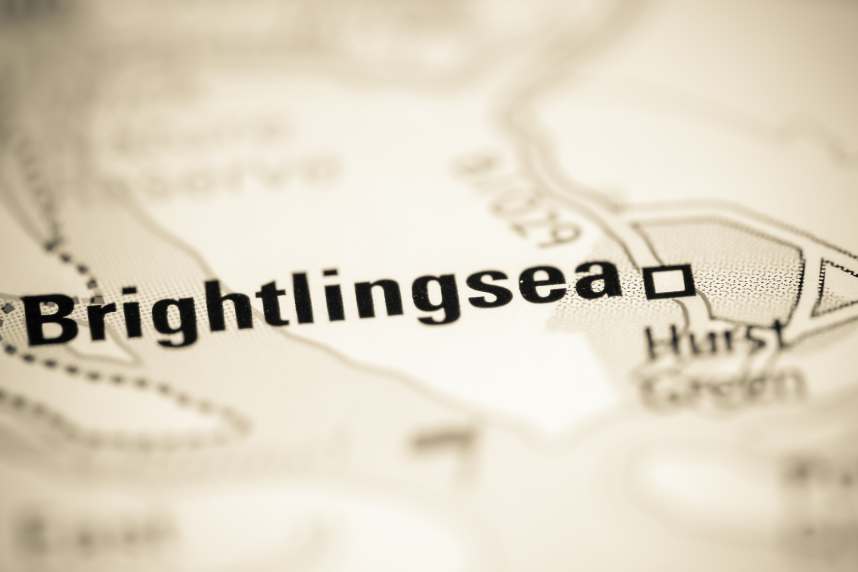 Brightlingsea is both a unique and an ancient maritime town, steeped in history it has been inhabited by Bronze Age settlers and much later by the Romans.

The town is located within the Tendring Districts in north east Essex which extends from the River Stour in the north, to the coast and the River Colne in the south, a pretty area indeed.

Other towns in the district include Frinton-on-Sea, Walton-on-the-Naze, and Harwich.

Its traditional industries included fishery (with a renowned oyster fishery) and shipbuilding.

With the decline of these industries, the town is now largely a dormitory town for Colchester a distance of 10 miles.

Brightlingsea is known for its sandy Blue Flag beach backed by a promenade lined with colourful beach huts and a haven for yachting. A popular resort with plenty of amenities.

Being a coastal town there is much to do on the water, from swimming to jet skiing and from sailing to cruising.

Brightlingsea Creek harbour offers all-time access so you are not restricted to the tidal table, it offers some of the best cruising grounds in the UK.

For a town that is so accessible and has so much to occupy holidaymakers and those who call it home, you would naturally assume house prices would be on the high side.

Not so, as the average price paid for a home in Brightlingsea over the past year was £234,780. 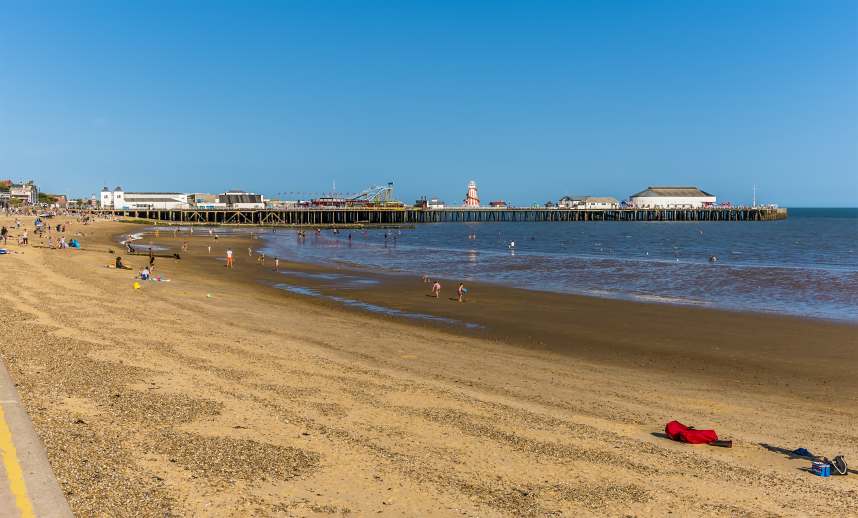 Clacton-on-sea is another of the most famous coastal towns in Essex.

This seaside town is the largest settlement on the Tendring peninsular and has been a prevalent tourist destination for years!

Brimming with typical British seaside excitements, living or visiting Clacton on Sea is sure to tick all the boxes for lovers of the beach.

The town’s popularity grew massively during the 1950s and 60s, when a journey to beautiful beach became a popular choice for many of Essex’s residents.

Clacton-on-sea made newspaper headlines in 1964 when rival gangs, The Mods and Rockers, clashed on the beach!

This infamous event went a long way to putting the town on the map.

It really does seem that all publicity is good!

The town’s remarkable pier, amusement arcades and stunning beaches all further solidified the popularity of the town as a staple British coastal destination.

For a more in-depth guide to Clacton-on-sea read our article which focuses on the town.

We are sure you agree that this destination is a worthy entry to the best Essex coastal towns! 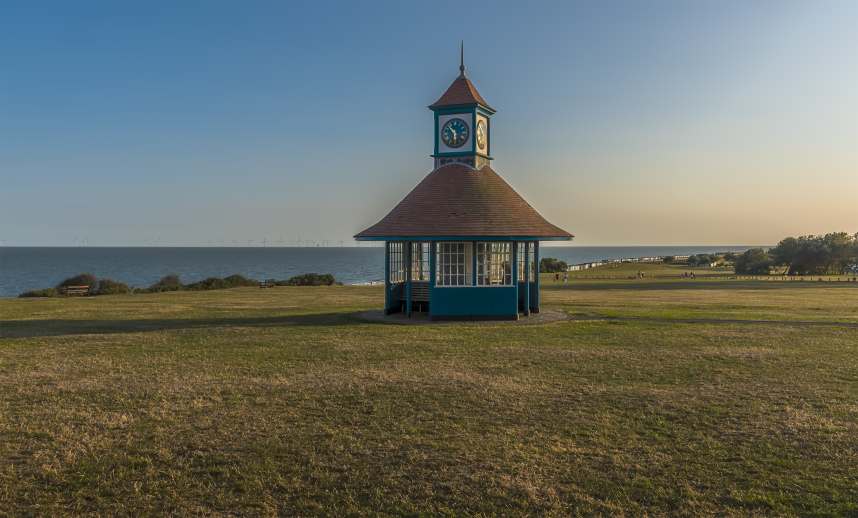 Another of Essex’s coastal beauties, Frinton-on-Sea is small, with a population of approximately 5000.

First attested in the Domesday Book of 1086, where it appears as Frientuna. The name may mean ‘fenced-in or enclosed town or settlement.

In the first half of the 20th century the town attracted visitors from high society. Connaught Avenue, named after the Duke of Connaught and opened by his wife, was nicknamed East Anglia’s Bond Street.

The Prince of Wales (later Edward VII) frequented the local golf club and Winston Churchill rented a house in Frinton.

Like so many coastal towns in Essex, the beach is popular both in summer for its zoned areas for swimming, sailing, and windsurfing and during the winter as a wonderful place to walk.

The promenade long and popular with young and old alike, stretching from the boundary with Walton-on-Naze to the golf club in the south, also a favourite walking route.

Having had a reputation as being particularly popular with retirees, Frinton is currently experiencing an influx of young city folk who have been buying up the town’s fine mid-century houses – particularly in the northern seafront area.

Obviously, they have latched onto the fact that you can buy a one-bedroom flat here for just £140,000 much cheaper than Essex’s overall average of £230,000.

It is not just the younger generation who are waking up to Frintons great property market either as its immaculate beaches, green open spaces and good schools make it a great choice for young families too.

Leigh is a district of the famous Southend-on-Sea (which hosts the longest pleasure pier in the world).

You will find the area has great views too and you can even see as far as Kent when the weather is good.

Lots of boaters visit for the day and sitting outside at one of the local pubs enjoying freshly caught sea food is a great way to spend a few hours watching the comings and goings.

Theres enough to keep visitors and local happy and busy throughout the year.

Leigh Folk Festival is a jolly affair, and the annual Carol Service has been a cornerstone event in the annual festive calendar for more than 40 years.

The bonus with this lovely area is that it is approximately 40 miles (64 km) from central London via road and rail networks and is considered part of the London commuter belt.

If you are moving here or just popping by, you cannot help but fall in love with little Leigh-on-Sea. 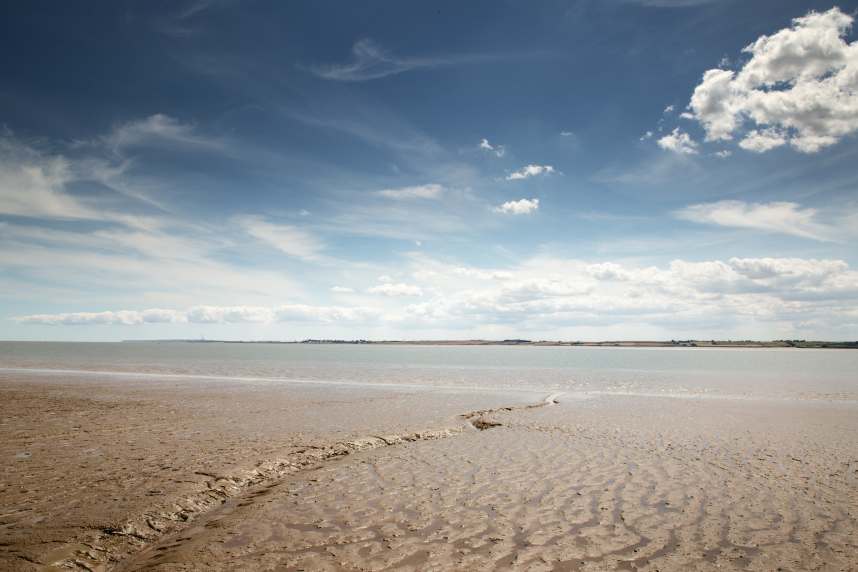 Canvey Island is separated from mainland Essex by a network of creeks and accessible via two bridges.

Following a surge in its popularity during Victorian times, it has become a great holiday destination and its beach was popular with bathers.

There are also the traditional bucket and spade, rock and candyfloss day trips.

Not everyone is a visitor and plenty of people call Canvey home.

Once mainly agricultural, many residents are now employed in the petrochemical industry.

Whilst this dominates its economy, a large number commute to London.

The island has as many as 30 schools catering for children from primary through to secondary level many are rated highly which has encouraged families into the area.

With the average cost of a home being £284,000 property is affordable for most.

Canvey Island is the perfect spot for a quick getaway from the mainland and a small haven for those who live here.

A small suburb of leigh on Sea, Chalkwell is nestled in between Westcliff-On-Sea and Leigh-On-Sea.

The area is home to some of regions grandest properties.

Obviously, Chalkwell Beach is available to all and provides a wonderful day by the seaside, but it is not quite as commercialised as Westcliff or Leigh.

The local Chalkwell Park makes for a peaceful retreat with its open green spaces an alternative to the beach.

The park hosts some interesting events with the largest being the one-day music festival “Village Green” attracting thousands.

Not quite within the commuter belt, but still Chalkwell offers a very respectable 50-minute journey into London Fenchurch Street station.

Chelmsford sits north of Chalkwell a distance of 19 miles.

Basildon is directly to the west of the town, so residents have plenty of options with regard to employment.

If you are searching for a home in the area, prices are good.

This very nice area is just the place to put down roots.

Close to the fresh air of the Essex seaside but not too far away as to be cut off from larger locations in the region. 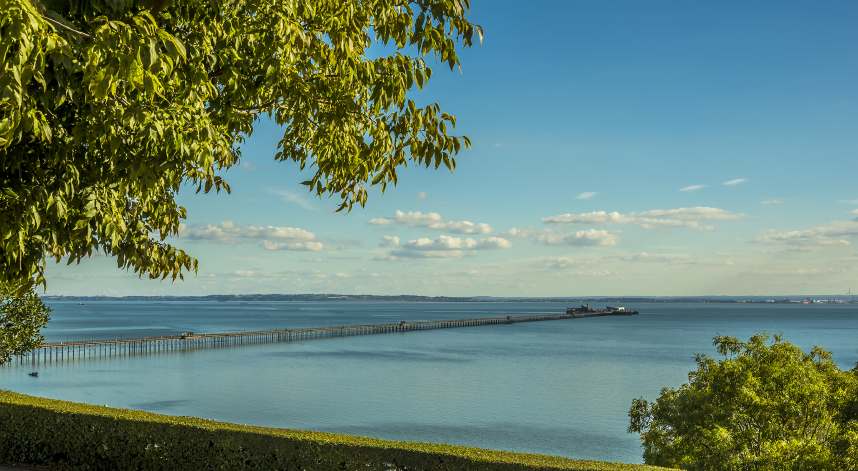 Introducing perhaps the most well known of all the coastal towns in Essex.

A tourist hotspot for decades, this seaside destination has truly put Essex on the map!

Regardless of your experiences with coastal towns in the UK, everyone has been given the image of a quintessential seaside town.

Southend-on-sea is a staple for all seaside lovers.

In fact, the pier is so large that visitors can ride a train to the end!

If you are a lover of the seaside, Southend-on-sea is sure to appeal.

For a more in-depth look at this popular town check out our Southend-on-sea blog!

We simply couldn’t write a blog about the best Essex coastal towns and not include this famous location. Ready to Move to One of These Suffolk Coastal Towns?

Are you thinking of living in one of these Essex coastal towns?

Hopefully, we have been able to highlight some of the best locations to consider moving to Essex.

Each of these coastal towns in Essex has a variety of excellent attractions.

Including a choice of great properties, meaning there is surely a perfect home for you!

Did one of the 7 locations appeal to you?

If so, it is time to start planning your move.

GoodMove will make your move to the best Essex coastal towns an easy and stress-free process.

We take great pleasure in confirming everything runs smoothly and flawlessly.

Hopefully, we can help you to settle into your new home right away.

As well as our competitively priced removals package, we can also offer extra services such as temporary or long-term storage facilities should you need them.

During these unique times, GoodMove are also offering a new video survey service.

Video surveys will help you save valuable time and preserve the best safety levels.

To find out more about how we could get your dream move to one of Essex coastal towns or any other location underway do not hesitate to call us on the number listed above.

We look forward to helping you move to one of these Essex coastal towns.