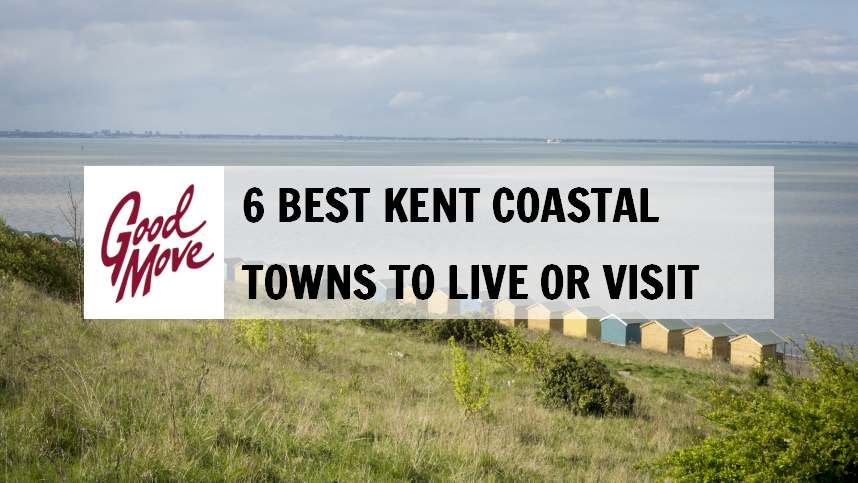 Are you thinking about living or visiting one of the best Kent coastal towns?

Kent, also known as the Garden of England, is considered one of the most desirable locations across the UK.

There are numerous reasons that the county is so well viewed.

One such reason is some of the Kent coastal towns!

If you have decided to move to one of the best Kent coastal towns, you will certainly be aware of the multitude of draw factors they offer.

Now that you have made the decision to move to one of the best Kent coastal towns it is time to ask which one?

In this article, we discuss some of the top Kent coastal towns in depth!

We hope to provide a thorough guide to some of the best seaside towns that are on offer.

This is the perfect blog for you if you are thinking of living in any of the best Kent coastal towns!

Here are our 6 best Kent coastal towns to live or visit. 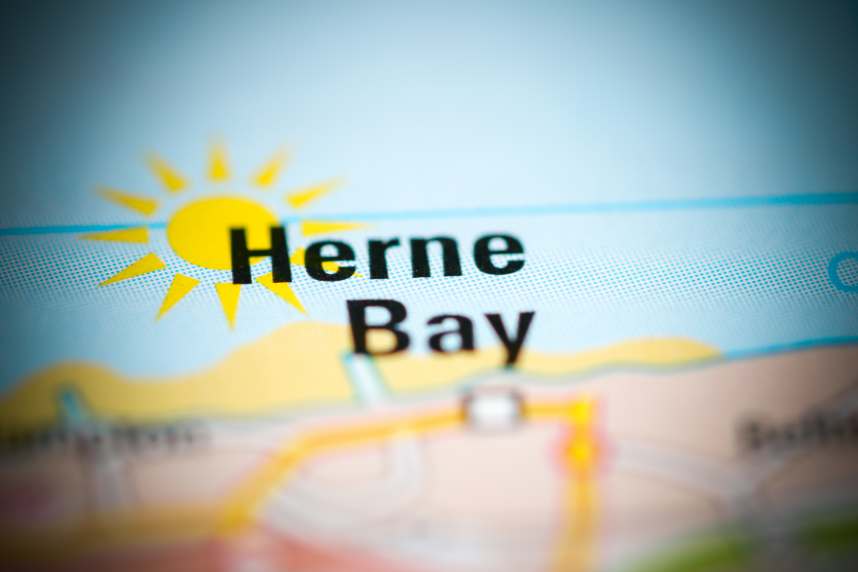 Once a quiet little place with just a small number of cottages and inns, mainly home to local fishermen, Herne Bay (or Herne) has changed considerably over the years.

The first substantial houses in town were built about 1820 and still stand at the Kings Hall end of Marine Terrace.

Interest in the area grew in the mid to late 1800’s when it became a popular Victorian seaside destination.

Sandwiched between Whitstable and Margate, Herne Bay is not just an ideal family location but is also great for retirees.

It offers a great selection of bungalows within walking distance of most local amenities.

Herne benefits from being on the high-speed rail link to London St. Pancras which takes about an hour and 25 minutes making it just about commutable.

Local transport links include access to the Thanet Way and the M2 Motorway.

The busy port of Dover is just over half an hour or 25 miles south of Herne Bay.

So, whether you want a quick getaway to Europe by car or by ferry it is a short trip, and you are there.

Residents have access to a host of interesting things to do and see by way of parks and green spaces.

Herne has some fantastic restaurants too with many locations overlooking the sweeping bay.

Plus, there is a cinema, a pier, art galleries, a swimming pool, and gyms.

It would be true to say that Herne Bay is among one of the best Kent coastal towns to both visit or live. Often described as the jewel in Thanet’s crown, Broadstairs is a seaside location that caters to all tastes.

One of the more expensive places to purchase a home on the Kent coast, with an average price paid of £361,423.

However, this fact does not put buyers off as Broadstairs property is in high demand.

Why is it so popular?

It is quintessentially English!

Exuding genteel charm along with the obligatory sandy beaches lined with traditional fish and chip shops and beach cafes.

But there is more.

Living on the Isle of Thanet does not mean you have to be cut off from the rest of the county.

In fact, Broadstairs has some of the best transport links in Kent.

The towns central position in Thanet means you are only a short drive or bus journey away from everything and only a 75-minute journey into London St Pancras station.

Happily, Broadstairs has not succumbed to over redevelopment.

The area has maintained its old-world charm which made it so popular in the early 1900’s, even the local cinema is a listed building.

A busy calendar of events entertains both locals and visitors and there is nothing nicer than a stroll along the Viking Bay promenade in winter or summer.

The well attended Charles Dickens festival is held each year to pay homage to the writer who once lived in the town.

You can still see his seafront house today!

On the inevitable rainy day, you may wish to explore Westwood Cross.

This is the area’s leading shopping complex which is home to a state-of-the-art cinema, a casino and of course plenty of places to eat.

Broadstairs is one of those towns which pretty much covers everyone’s requirements.

Also located in Thanet, Ramsgate is one of the most well-known coastal towns in Kent.

It was certainly one of the great English seaside towns of the 19th century.

Ramsgate has come a long way since its beginnings as a fishing and farming hamlet.

Doctors were starting to advocate the benefits of sea-bathing as an all-round tonic and a cure for a wide variety of ailments.

So, by the 1750s, seaside towns and hamlets were vying with each other to attract wealthy visitors.

Modern-day Ramsgate is a beautiful and busy town.

Complete with gorgeous sandy beaches to stretch out on during the summer and to a fantastic range of both independent and high-street shops.

The town has one of the largest marinas on the English south coast, and the Port of Ramsgate has provided cross-channel ferries for many years.

Those residing in the town but working in the capital have an easy trip to work.

Either 70 minutes by train or if you are brave, a two-hour trip by road 80 miles.

An interesting fact about the town is that the artist Vincent Van Gogh moved to Ramsgate in April 1876, at age 23.

He boarded at 11 Spencer Square, which is now identified by a blue plaque.

Although Ramsgate has more than enough attractions, for a culture fix, located nearby is the cathedral city and UNESCO World Heritage Site of Canterbury.

A great positive to living in Ramsgate are its property prices.

Ramsgate is one of the cheapest seaside towns in Kent with an average of just £244,565.

Rich in history, Sandwich used to be a major port, it is now two miles from the sea due to the disappearance of the Wantsum Channel.

The River Stour used to be able to cater for trading and warships to sail in and out of the quay.

Sandwich gave its name to the food by way of John Montagu, 4th Earl of Sandwich, who allegedly invented it.

The word sandwich is now found in several languages

Sandwich itself has a population of around 4,500, but it serves as a central hub for small villages.

These include Eastry, Ash, Worth and Woodnesborough.

These areas have always been regarded as part of Sandwich.

Its attractive historic centre has been preserved and boasts many original medieval buildings, including several listed public houses and gates in the old town walls, a windmill, churches, and alms-houses.

The high-speed rail link now connects Sandwich to the capital in around an hour and 40 minutes!

Centrally located, the larger towns of Canterbury, Deal, Dover, and Thanet (Ramsgate, Broadstairs & Margate) and their shops and entertainments are within easy reach by road and rail.

Sandwich has many golf courses, nature reserves, gardens, and other attractions.

These make it an ideal base to discover the wider county of Kent, the Garden of England.

If you live more of a jet-set lifestyle, hopping off to Europe for weekend trips is made easy with Dover a mere 13 miles away with regular ferries and trains to the continent.

Sandwich is a well-deserving addition to our list of the best Kent coastal towns. 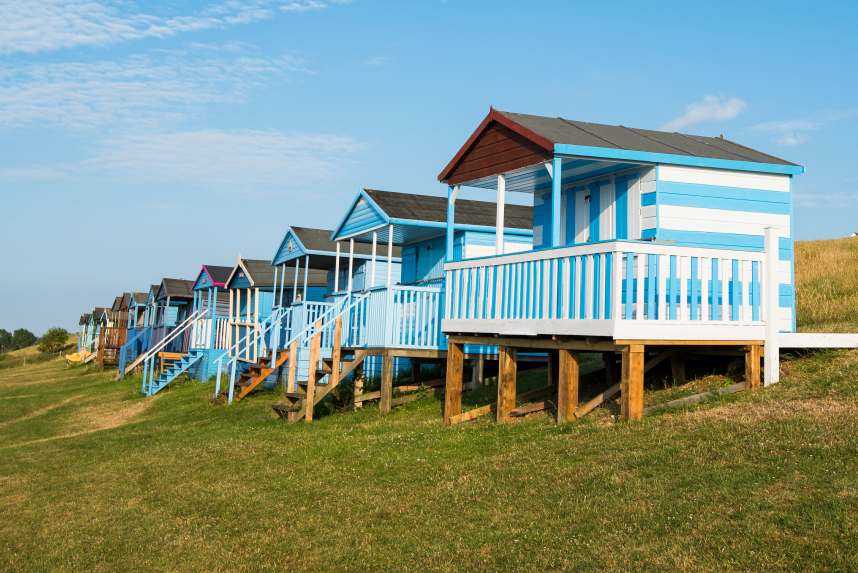 When it comes to Kent coastal towns, there are not many locations that can compete!

Few locations so easily capture the hearts of those visiting.

Whitstable has been on the map for buyers for some time now.

The town attracts families from London seeking more affordable properties as well as those searching for a second home by the sea!

The popularity of the town has not tainted the appeal to locals!

Whitstable has always been a popular location, ideal for a day out with the family.

The town also has excellent notoriety for its seafood!

The annual ouster festival attracts foodies from across the country.

Whilst house prices are on the rise so is Whistable’s popularity, charm and standing as one of the best Kent coastal towns. 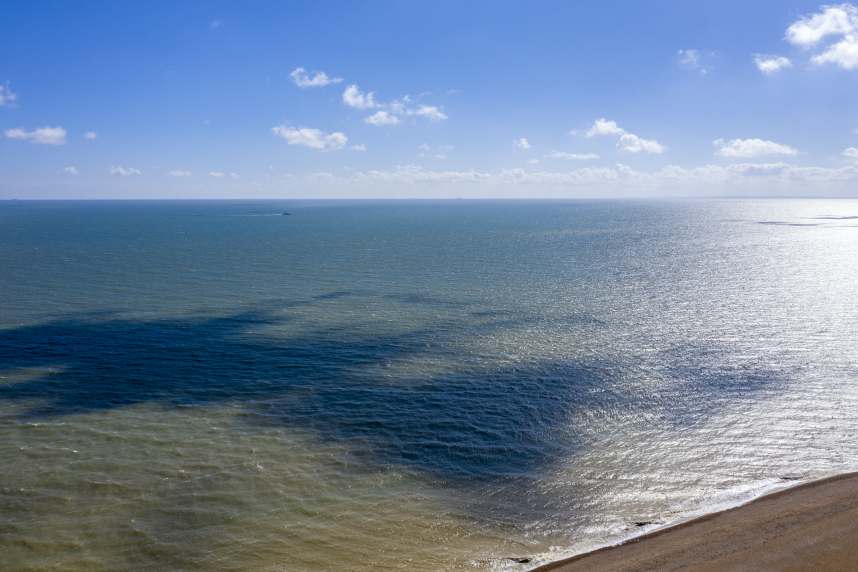 Whether you are residing or visiting, young or old, going out with your friends or family, there is something for everyone in wonderful Deal.

Although primarily a seaside town today, Deal residents are extraordinarily proud of the town’s maritime past, having once been one of the busiest ports in England.

The town has been the winner of many accolades, such as the Daily Telegraph’s High Street of the Year award, the Sunday Times’ Best Places to Live and being named as a top ‘hipster holiday’ destination for Londoners’ by the London Evening Standard.

Another article described Deal as ‘Britain’s most beautiful seaside town’.

It is easy to see why.

Deal has an excellent cycle route that winds alongside the sea for around 7 miles to Ringwould.

A very popular route for all abilities and the best way to enjoy the fantastic views.

If you prefer walking, the Deal to Dover Castle is a 10-mile linear walk that also offers panoramic views of the English Channel.

Three of England’s mightiest coastal forts stand on the route. It is a wonderful day’s hike for experienced walkers.

Deal offers a relaxing coastal lifestyle not a million miles away from the Capital but in a safer and quieter location along with a swathe of interesting and quirky things to do and see. 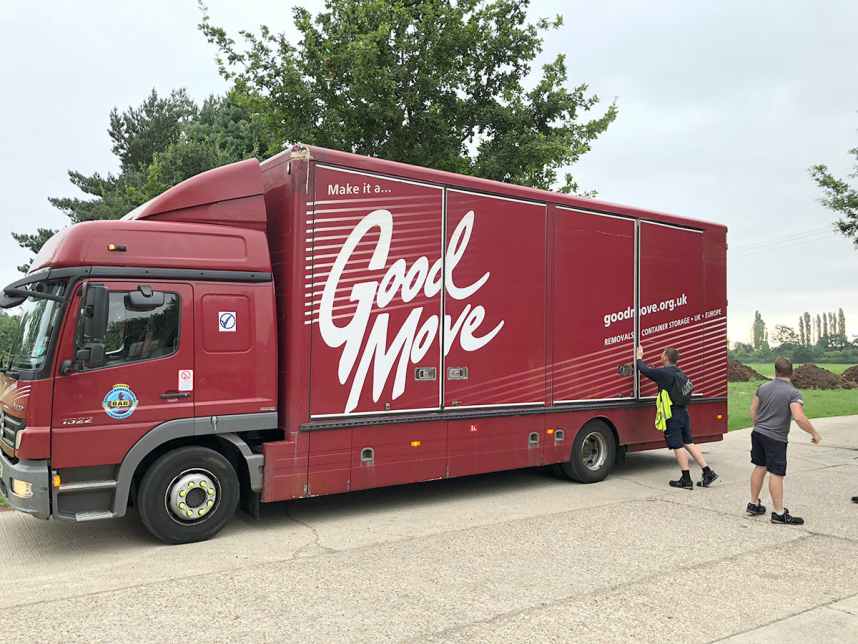 Ready to Move to One of These Kent Coastal Towns?

Are you thinking of living in one of these Kent coastal towns?

Hopefully, we have been able to highlight some of the best locations to consider moving to Kent.

Each of these Kent coastal towns has a variety of excellent attractions.

Including a choice of great properties, meaning there is surely a perfect home for you!

Did one of the X locations appeal to you?

If so, it is time to start planning your move.

GoodMove will make your move to the best Kent coastal towns an easy and stress-free process.

We take great pleasure in confirming everything runs smoothly and flawlessly.

Hopefully, we can help you to settle into your new home right away.

As well as our competitively priced removals package, we can also offer extra services such as temporary or long-term storage facilities should you need them.

During these unique times, GoodMove are also offering a new video survey service.

Video surveys will help you save valuable time and preserve the best safety levels.

To find out more about how we could get your dream move to one of Kent coastal towns or any other location underway do not hesitate to call us on the number listed above.

We look forward to helping you move to one of these Kent coastal towns.