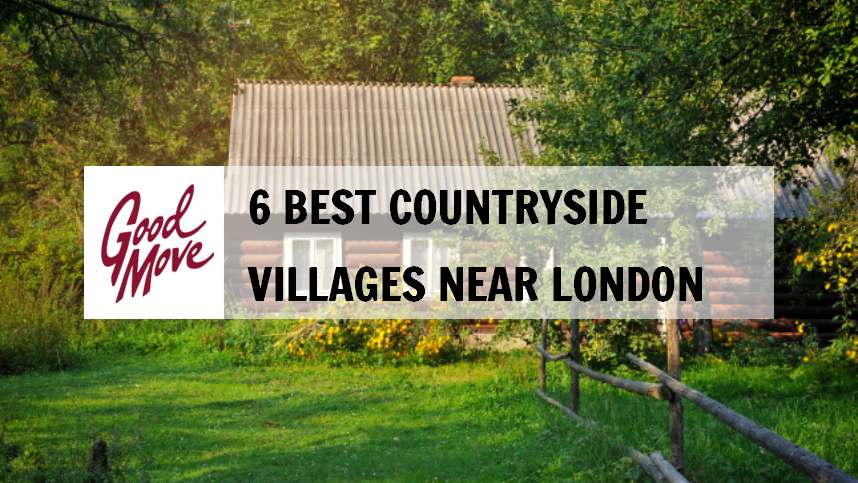 Where are the best villages near London?

If you are looking for the prettiest and best villages near London, this is the perfect blog for you.

London’s appeal and influence stretches across the globe!

We have already discussed 21 tops tips for living in the capital here.

Life in the capital is a truly unique experience, with something for everyone.

With regions across Greater London being some of the most expensive areas across the UK, many buyers are looking a little further outside of the capital.

It is no surprise that homeowners are increasingly seeking properties in rural locations.

Villages near London offer more living space as well as the flexibility that the commuter lifestyle requires.

More and more buyers are making the decision to move to villages near London.

With so many excellent villages near London, it may be hard to know where to look!

Whether you require a rural home to raise a family or a green haven with excellent travel links, one of these villages near London is sure to appeal.

Here are 6 of the best countryside villages near London. Within the Wycombe district in the south of Buckinghamshire, Hambleden is a small village home to just over 1400, not far from Henley on Thames.

Charming brick and flint cottages are scattered throughout the village which is set in one of the most attractive valleys in the Chiltern Hills.

It is easy to see why the village is a favourite among tv and film directors.

Hambleden is close to some other equally as attractive villages with unusual names.

There is a lack of amenities.

But, there is a village shop come post office selling basic day to day necessities.

St Mary the Virgin Church is set in the middle of the village and a hub for the community.

The local watering hole is the Stag and Huntsman.

A wonderful old pub which as well as good and drink offers four-star accommodation.

Its 8 bedrooms and two self-catering cottages have received rave reviews.

The village gets busier in the summer months.

Being surrounded by the beautiful Buckinghamshire countryside has made the area popular for walkers and cyclists using the well-planned routes which encircle Hambleden.

Lord Cardigan, famous for his role in leading the ill-fated Charge of the Light Brigade, was born in the local Manor House in 1797.

As you would expect the housing market is very quiet.

Just three homes are for sale according to Rightmove.

The cheapest being a 300-year-old 2 bedroom cottage which has been renovated to a high standard, on the market for £495,000.

Placed around 4 miles north west of Petworth, Lurgashall lays just inside the new South Downs National Park, as you can imagine, it is a particularly scenic village.

A friendly and tight knit community, home to the historical Noah’s Ark pub, the old school and several old houses are built around a village green which contains the local cricket pitch and one single shop which is also a post office.

The cricket club is a very active one and has won several match trophies which are proudly displayed at the Noah’s Ark.

Games are regularly held during the season.

Getting around the area is more than doable via the main A272.

This is a couple of miles from the village offering a route to all the main towns and cities in the region.

The county of West Sussex appeals to many because of the quiet beauty of the South Downs, stunning vistas of the High Weald and many historic and family attractions. 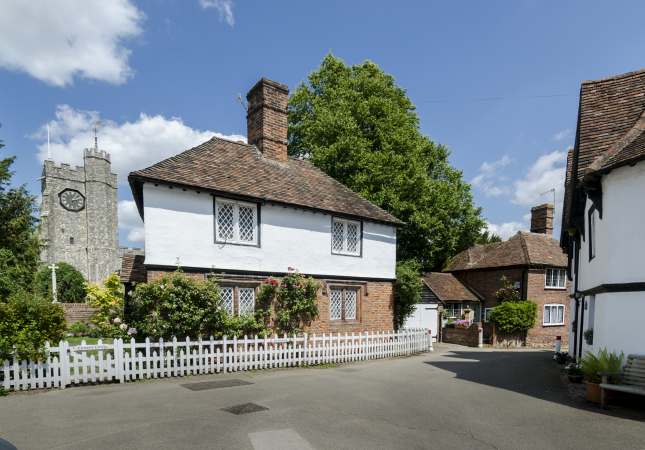 Chilham is yet another one of those picturesque villages whose listed buildings in its centre have led to its use as a location in television and film.

A mostly agricultural village, Chilham sits in the county of Kent in the valley of the Great Stour River.

At the heart of Chilham is a market square.

Many celebrations take place here, including a traditional annual May Day festival among other events.

The Square is one of the most perfectly preserved medieval settings in South-east England.

At each end of the square are its major buildings: Chilham Castle and the 15th-century parish church, dedicated to St Mary.

Home to a number of period houses such as the former vicarage, which dates from 1742, it is a lovely place to spend an hour or two wandering, followed by lunch at one of the two great village pubs the Woolpack and the White Horse, which dates from the 16th century.

Residential development of the village has been limited adding to its “olde worlde” feel.

Chilham’s historic and scenic setting remains of great appeal and it is today one of the most visited villages in Kent.

Cookham is a historic village and civil parish on the banks of the River Thames in the north-easternmost corner of Berkshire.

It forms the southernmost and most rural part of the High Wycombe Urban Area.

The Royal Manor of Cookham was held by the Crown until 1818 and today, although many changes have taken place, the village has made the most of its position and is now one of the most popular Thameside resorts.

A pretty location with a history stretching back hundreds of years.

Dotted about the village are many seventeenth- and eighteenth-century homes.

These are always in high demand but rarely do they come onto the market.

The village is most notable as the home of the artist Stanley Spencer.

A gallery of his works is located in the high street.

Connections are good, the closest large town is Maidenhead just two miles away.

A town which offers plenty of job opportunities as well as leisure activities.

The village is also a tourist destination!

It is a convenient base for a number of walks along the Thames Path and across the National Trust property.

Residents make good use of the several ancient restaurants and pubs in the High Street.

These include Cookham Tandoori, one of the oldest buildings c16th century, but it is probable that there had been a forge on this site considerably earlier.

A desirable place to live but an expensive one. 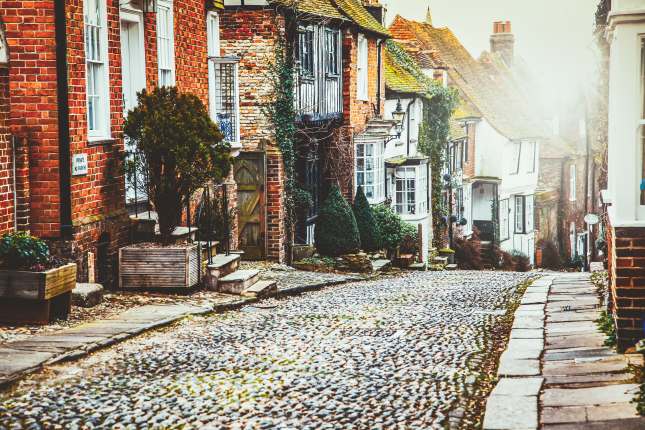 It offers a mix of medieval streets, sandstone hills and beautiful views over River Rother.

A small town of around 10,000 inhabitants, it is situated close to the coast of East Sussex as well as some beautiful rural areas.

Once a busy location for the import of goods, a naval base, a fishing port, an agricultural centre, and a market town.

Rye now depends on its tourist appeal, attracting visitors from all over the world.

Apart from its tourist base, Rye continues to operate as a port.

There has been considerable investment in the area.

Most notably, facilities for both the fishing fleet berthed at Rye and the commercial wharves at Rye Harbour.

The old part of the town within the former town walls has shops, art galleries and restaurants.

Rye is also known for its oast houses.

Many conversions are now private residences.

A few, like the Playden Oasts Inn, remain open to the public.

There is plenty to do nearby. Rye stands at the centre of a network of nature reserves, some of national importance.

Additionally, there are several popular festivals.

These include the two-week Art Festival.

Attracting a world-class series of performers in music, comedy, and literature. The annual “Rye Bay Scallops Festival” is another event you must attend!

The shallow and relatively sheltered waters of Rye Bay make perfect growing conditions for scallops (and flatfish such as sole, plaice and dabs).

A great place to call home, lots to do and nothing is too far away.

Yet another of Southern England’s little gems. Located just outside of Braintree, Essex, Finchingfield is primarily a rural area. Said to be the most photographed village in England.

It is approximately 6 miles from Thaxted, 9 miles from and Braintree and 11 miles from Saffron Walden.

Between these larger towns lies a myriad of beautiful little villages to explore.

The village pond has been at the centre of Finchingfield for many years and children today still love to gather and play at its edges.

Some fine Georgian houses line the winding streets along with more than a few quintessentially English thatched cottages.

The arrangement of houses around a central green produces a harmonious effect.

Local amenities are more than adequate and include several shops, pubs and eateries.

So there is no need to travel too far to enjoy a good meal.

The thriving primary school is small.

With only around 60 pupils!

Following its last Ofsted inspection, it was awarded a “good” rating.

There are a good number of social activities, clubs and associations which take place on a regular basis such as bowls, tennis and the Horticultural Society.

Plus, there are Beaver and Cubs meetings for the children.

With the current average price paid for a home being £427,143, it makes Finchingfield a very desirable village indeed. Ready to Move to One of these Villages Near London?

Are you considering living in one of these villages near London?

England’s diverse and exciting capital city is sure to have something to appeal to you.

Providing a range of excellent activities for families, outstanding education for students and a truly unique atmosphere, London is the perfect city to move to.

Moving to one of the villages near London also ensure you have all of the lifestyle perks you would expect when living in a rural destination.

If you are looking forward to living in one of these villages near London, get the ball rolling today!

You can start planning your dream move with the assistance of our London Removals service from GoodMove today.

We take great delight in certifying your move runs efficiently and effortlessly, helping you to arrive at your new home in no time at all.

As well as our competitively priced removals package, we can also provide extra services such as short-term or long-term storage should you need it.

During these exceptional times, GoodMove are also offering a new video survey service.

Video surveys will help you save valuable time and go a long way to maintaining the best safety levels.