10 Great Reasons To Leave London And Move To Essex

10 Great Reasons To Leave London And Move To Essex

Thinking of relocating to Essex? Here we list all the great reasons to move to Essex.

But why many people have asked would he want to return to the Essex countryside?

Essex certainly has a reputation.

Flick through the pages of any glossy mag or switch on the TV and you’re likely to see the place depicted through the lens of white teeth, spray tans and loose vernacular.

These narrow stereotypes overlook the natural beauty of the county which enjoys a rich natural heritage, beautiful beaches and stylish and spacious homes (not to mention far more affordable).

Here’s 10 great reasons to leave London behind and move to Essex:

Live in the country

Essex boasts some of the most breath-taking landscapes in the country. From Epping Forest on the outskirts of London to the ancient River Stour.

The county is home to over 8,400 acres of land on which there are 87 nature reserves and copious amounts of parks and other green spaces.

It’s incredibly cycle friendly too. With well-worn cycle paths embedded in popular routes, including along the seafront from Jaywick to Walton.

Whether you’re taking a gentle stroll with the dog or looking to ride a horse there are plenty of places in which to do it in Essex.

In the early twentieth century, before the Freddie Laker Airlines boom, Essex’s ‘Sunshine coast’ was the ‘go to’ destination for British holidaymakers

Seaside towns such as Clacton-On-Sea were the all singing, all dancing spots for frolicking. Much of that regalia is retained day with amusement arcades, crazy golf and other attractions still proving a hit.

The world’s longest pier can also be found in Southend and it is where the Jamie Oliver Tv series Friday night feast is filmed that regularly features celebrity guests.

The sun's out! It's February! Time to hit the beach? We might not quite be in sunbathing and sea-swimming season yet, but a good walk on the beach in the winter sun is a perfect way to spend an afternoon. Head to West Mersea to enjoy these pastel beach huts and soak up some island life. . #colchester #mersea #westmersea #merseaisland #beach #beachhut #essex #islandlife #wintersun #pastelaesthetic #essexcoast #visitengland #visitbritain #topukphoto #beachholiday #winterwalks #beautifulborough

With 350 miles of coastline, Essex’s ‘Sunshine coast’ is also home to some of the best blue flag beaches in the country.

From Walton on the Naze, Frinton on Sea to Shoebury East Beach and Mersea Island to name but a few.

The beach huts on West Mersea are neatly cloistered together like colourful dominos, but the real knock out views are those of the sailing and fishing boats in the Blackwater Estuary.

“He lives in a house, a very big house in the country.”

There’s no doubt about what county Britpop band Blur were singing about in their number one hit ‘Country House’.

Not only are the stylish multitude of houses in Essex far cheaper than the capital but you get more bang for your buck too.

From large stately homes to small thatched cottages there is housing for every budget and circumstance.

There is a spate of exciting new developments in towns like Chelmsford and Colchester at the moment also for first time buyers.

Shop till you drop

If you like to shop then there are no shortage of high street shops and designer villages in Essex.

Large shopping malls such as Lakeside and Eastgate are home to all the leading high street names, and designer outlets like Freeport in Braintree offer popular brands like Ted Baker and Hollister at discounted prices.

If you prefer to shop locally, the county is awash with farmer’s markets stocked with freshly picked  fruit  and  vegetables, locally reared meat and traditionally baked bread and cakes.

Essex is home to many award-winning attractions which sees scores of visitors from both the capital and neighbouring counties.

Colchester Zoo has been rated the second best in the country behind only Cheshire and the sixth best in Europe. Home to many rare species of animals and wildlife it is a great family day out.

Adventure Island at Southend-On-Sea is the top rated activity on Tripadvisor, and its not hard to see why when you take into account the sheer number of rides and games on display.

When the Romans seized the county their favourite aspect of Essex shores was reported to be it’s oysters, native to the east coast.

Colchester and Mersea Islands are the best spots where eating out at an oyster shack is not just the norm but a way of life.

It’s not just fish and crustaceans Essex had a knack for either, the county has become a real foodie’s haven, chock full of Michelin star restaurants, gastro pubs and top eateries.

If you like your wine, tucked away in the Purleigh countryside is the delightful New Hall, one of the oldest vineyards in the country. 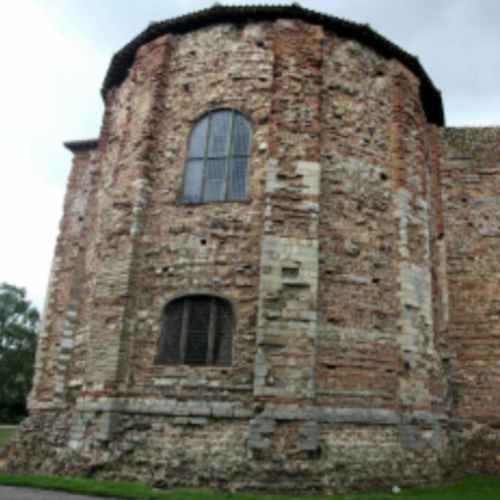 What did the Romans do for us? Well in Essex’s case quite a lot.

Large sections of the original Roman walls of Colchester (the Roman Camulodunum) which served as the first capital of the new Roman province of Britannia, can still be seen today.

If you are interested in experiencing Norman British life then Mountfitchet Castle is a great day out exploring a preserved Norman keep with major re-enactments on public exhibit throughout the year.

Another reason families move to Essex is to give their children the best start in life.

Schools in Colchester, Chelmsford and Southend-on-sea are ranked not only among the best in the county but the country. The latest Sunday Times School Guide attests to that.

Eight grammar schools remain, including the critically acclaim Colchester Royal Grammar and Southend High School for Girls and competition for places is fierce.

A local tutor for the 11 plus exam told the Mail Online a couple living in Dubai had even said “if their child gets in they would relocate to Essex permanently” such is the reputation of the schools.

Last but not certainly least, it is a cliché but ‘a place is only as good as the people’.

Many people moved to the county in the 60s and 70s as part of an initial wave of east enders whose families move for a better life and greater prospects.

Move to Essex and you’ll undoubtedly find yourself in good company neighbours that are friendly, funny and down to earth.

Essex also has an entrepreneurial spirit with more entrepreneurs and business owners per square mile than anywhere else in the country.

Looking to move to Essex?

If you’re looking to move to Essex GoodMove is a trusted local removals company with over 35 years’ experience in the industry.

Operating out of our site near Horkesley, Colchester, we carry out removals in Essex and our friendly and professional removals team help families move home throughout the UK and internationally.

We can tailor our services to design a bespoke removals package fit just for you. We also offer packing and storage solutions should you require access to these services.

To find out our GoodMove can assist with your house move call us on 01206807611 or fill out a quick quote form and a member o our customer service team will be in touch shortly.